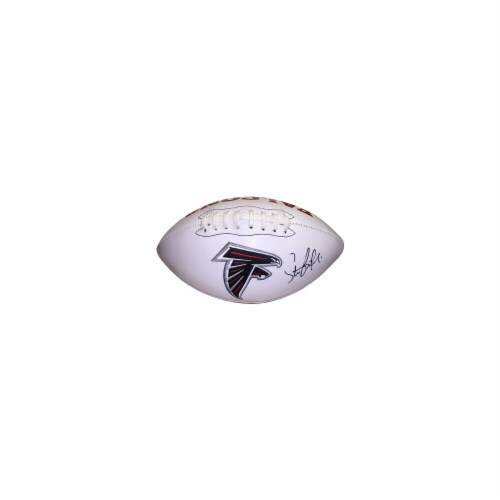 Steve Bartkowski was chosen with the first overall pick in the 1975 NFL Draft, ahead of Walter Payton, by the Atlanta Falcons and was the NFL Rookie of the as well as The Sporting News NFC Rookie of the in 1975. Bartkowski is one of ten quarterbacks in NFL history who have achieved consecutive 30-touchdown passing seasons (1980 and 1981) at least one time in their career. Bartkowski was selected to the Pro Bowl after both the 1980 and 1981 seasons and was selected 2nd Team All-NFC following the 1980 campaign. Steve Bartkowski has hand autographed this Atlanta Falcons White Logo Football. JSA Witnessed Hologram and Certificate of Authenticity.Steve Bartkowski Signed Atlanta Falcons, White Logo Football- Jsa Witnessed Hologram.