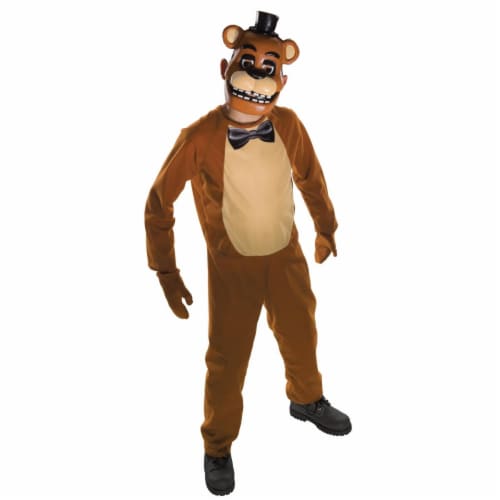 Five Nights at Freddy's is a survival horror video game that features the gamer as an underpaid night guard at Freddy Fazbear's Pizza, a family friendly food and arcade establishment where animatronics entertain the whole family. The goal of the video game is for the player to survive five nights of avoiding getting captured and killed by the malfunctioned animatronic characters in the restaurant. Now you can become Freddy, the no-nonsense bear that comes to terrorize you when the power goes out. Signature brown jumpsuit with light brown stomach, printed black bowtie on front, and two hand mitts included.

Morris is costumer to the stars. We are well known for their unique life like mascot and animal costumes, the Morris gorilla suits were used literally by hundreds of magicians, TV shows and in many feature films. We provide attractive costumes which are very comfortable with high standards. We can take everyone to the imagination world where they travel with their stars.