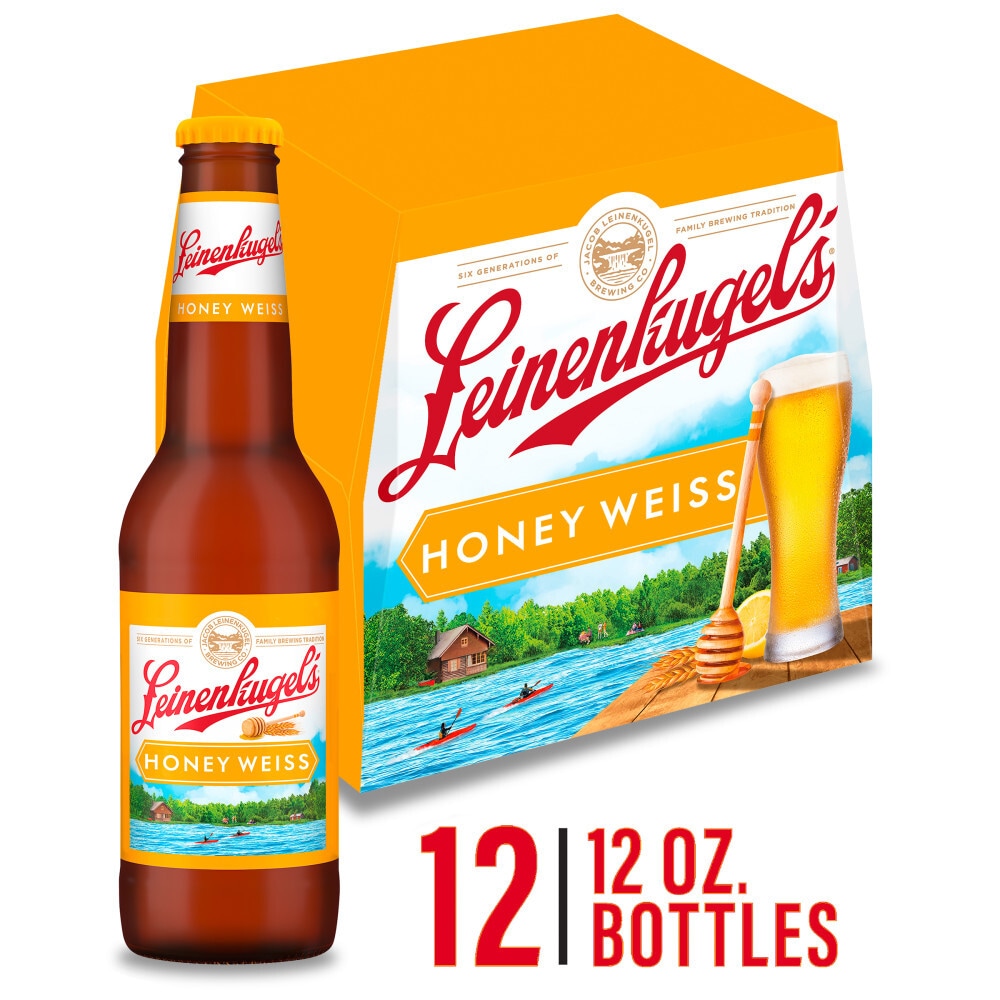 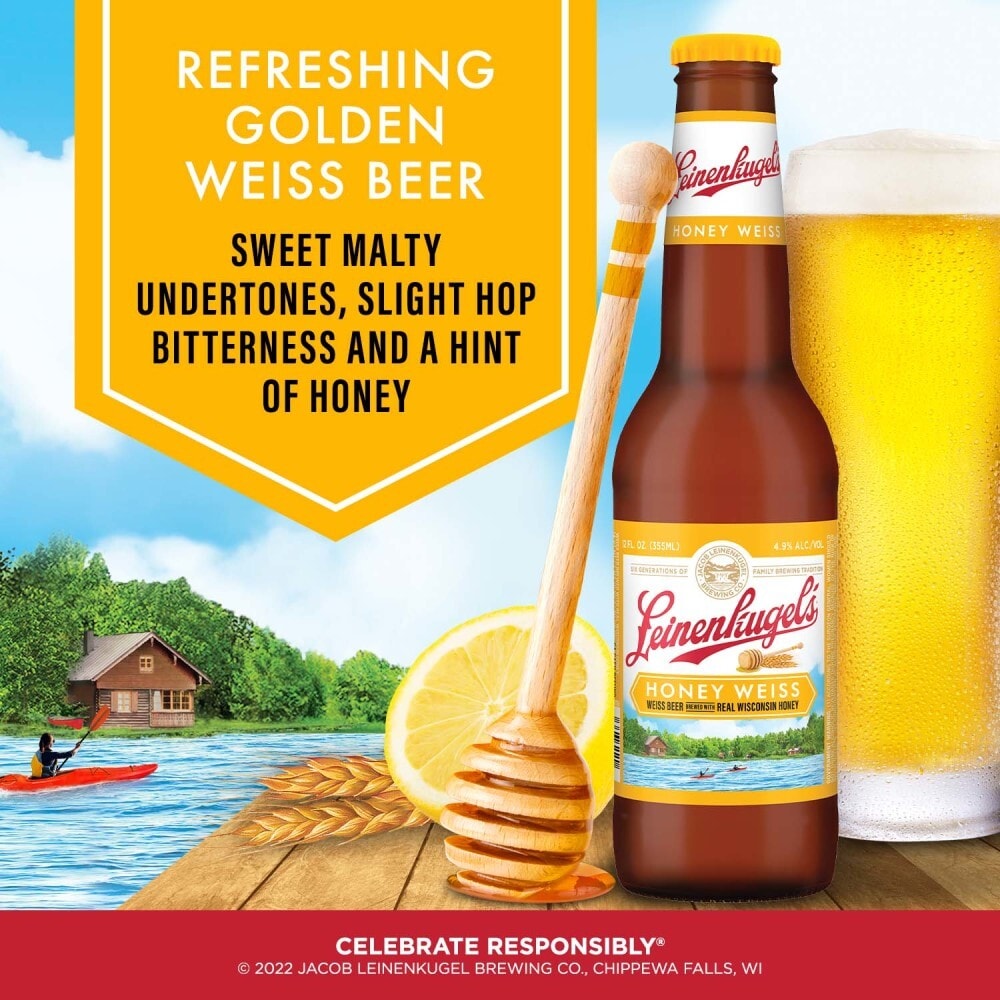 In May 1867, the Leinenkugel family brewery was founded in Chippewa Falls, Wisconsin by Jacob Leinenkugel. He was a family man driven by an iron work ethic, and he knew that his German family heritage would play an integral part of his brewery’s success. Today, the sixth generation of Leinenkugel’s continues to brew some of the same family-inspired recipes that Jacob poured his heart and soul into. Over the years, our family has grown and so has our brewery, but our history and heritage remain at the forefront.
Featuring a touch of real Wisconsin honey, Leinenkugel's Honey Weiss is a golden-hued traditional American weiss beer inspired by a classic German style. It's traditionally garnished with a lemon wedge for added citrus aroma that perfectly complements the sweet, subtle flavors of the beer. In 2000, 2004 and 2006, Honey Weiss won Silver at the World Beer Cup and Gold in 2002 in the American-Style Wheat Beer category. In 1998, it won Silver at the Great American Beer Festival in the American Style Wheat Ale or Lager category. A crisp and refreshing fruit beer perfect for a long summer day, family BBQ, a fall picnic, or holiday get togethers.