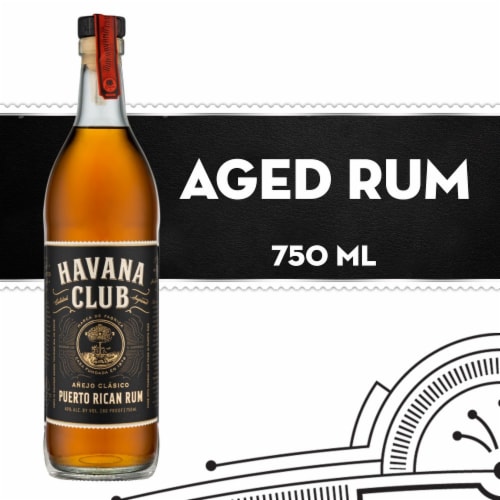 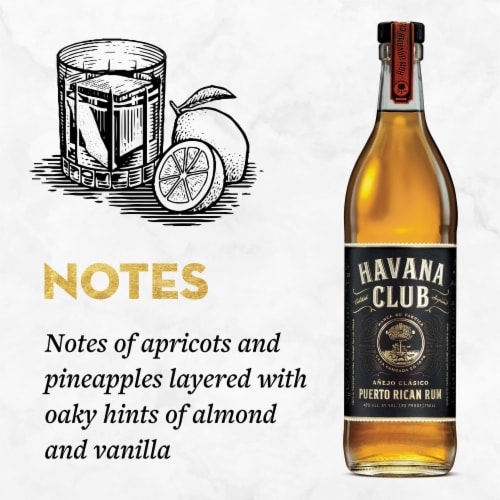 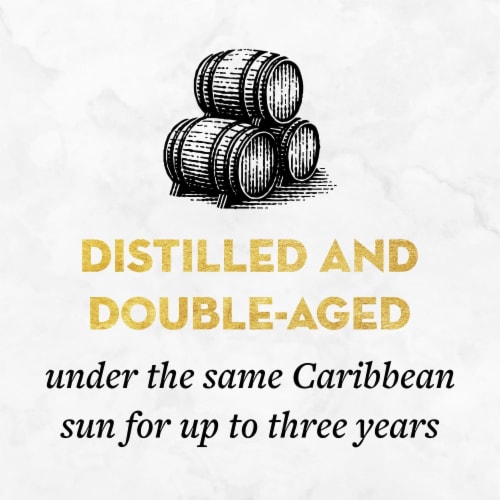 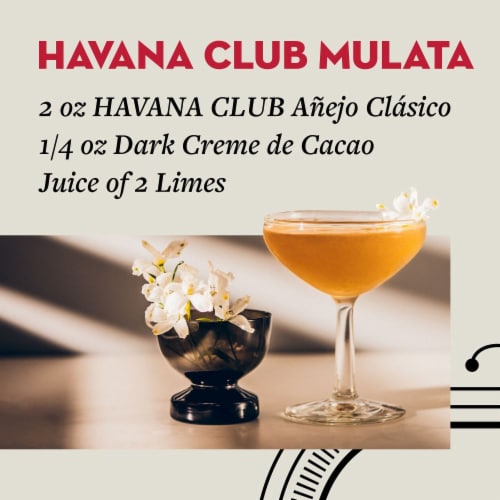 Hover to Zoom
Item 1 of 4 is selected.

Based on the original recipe created in Cuba. Every bottle of Havana Club starts with the finest sugar cane molasses. The rum rests one to three years in oak barrels as the Caribbean weather of Puerto Rico works its magic. We then employ a double aging process, creating a deep and mellow taste with a velvet finish. The Arechabala family founded their company and built their first distillery in Cárdenas, Cuba in 1878. Decades later, this family of rum makers would be forced to flee during the Cuban Revolution, precious recipe in hand. After years of controversy, this well-kept treasure has been dusted off once again for crafting this incomparable rum in Puerto Rico. The family crest continues to grace Havana Club Rum as a reminder of the tenacious and passionate Cuban spirit that inspired it. Havana Club Añejo Clásico rum is an intricate blend with robust notes of sweet fruits akin to pineapple and apricot, while being complemented by oaky notes with hints of almond and vanilla.