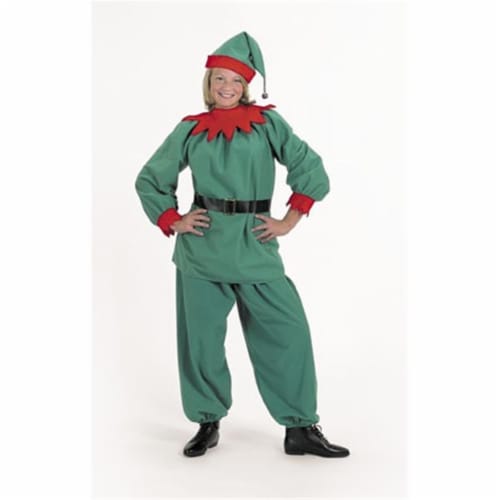 As the makers of the original Santa Suit Halco has been around for over 60 years. Halco Santa Suits have been featured in major motion pictures television programs and commercials and can be found all over the world. With such demand it s clear that Halco is the world leader when it comes to Santa Suits Santas Helpers Mascots and other Christmas attire. Elf Suit. Santas helper Elf Suit is made of comfortable green velour and trimmed in bright red felt. Great unisex outfit! Outfit includes: Tunic top pants long style elf hat with bell and vinyl belt with gilt slide buckle. A separate collar ties in the back for adjustability.