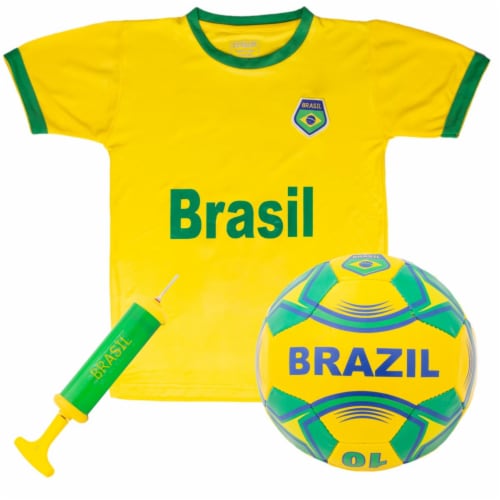 Verde-Amarela! Get ready to cheer on your country's team to glory while being kitted out in this fantastic full jersey and ball that celebrates the Brazil's National Team. The Brazilian National team is legendary for its dribbling-focused style that have earned them six appearences in the World Cup finals. The team has also won 5 Copa Amrica titles as well as 3 titles in the South American Football Championships. This Crown Sporting Goods product honors the team's heritage and includes one Brazil jersey with matching shorts that come adorned with the captain's number 10 on both the back and leg. You'll also receive a ball that comes with a slick Brazil design and also has the number 10 incorporated in that design. Kit comes in child's sizes ranging from Small, Medium, and Large.